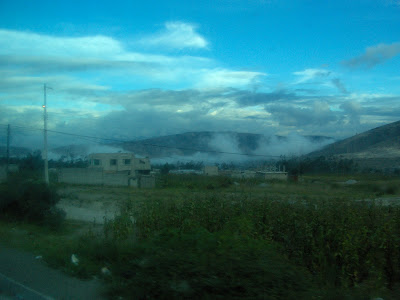 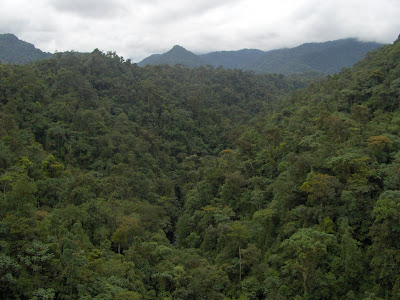 THe 4th of July was an exciting day in 2010. We loaded up on a bus and went to Mindo.Its called a cloudforest with elevation of 2394 meters above sea level. It was a great trip there. Once you get to Mindo you hurry to get in line to purchase tickets for the trip home.(I am so glad we were with Sandra and Marco because we did.not.know. this. There are only a certain number of buses that go back to Quito on the hour. If you are only spending the day- like us since Marco had to return to work the next day- you want to get the latest trip home as possible. The last bus back to Quito at 5 was already full which left us having to leave at 4pm. Its not a long time when you think about what you want to do. We went to the Wire baskets that take you over the canopy over to the mountain where the falls were. 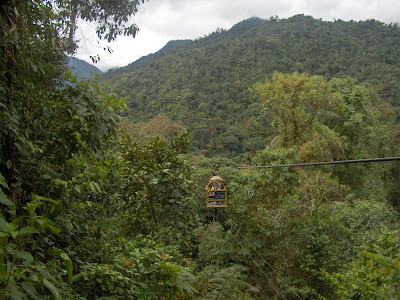 This was an adventure for a girl like me,

It was straight down.

Papa carried little G and I had the enormous bag with change of clothes, water, towels, flip flops. Down was pretty easy compared to up. THe American tourista thought we would catch a bus or taxi or something at the bottom...... but lets not go there just yet. You can see we stopped and changed into suits to play in the freezing cold water. Mindo was more of a tropical area. It was very warm and humid compared to Quito. The water was a relief. 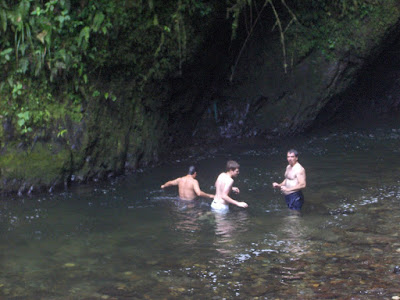 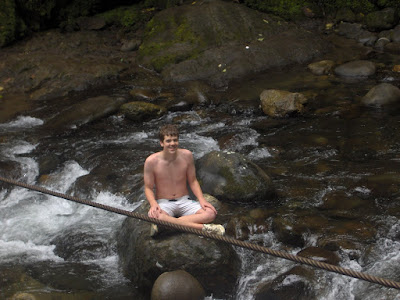 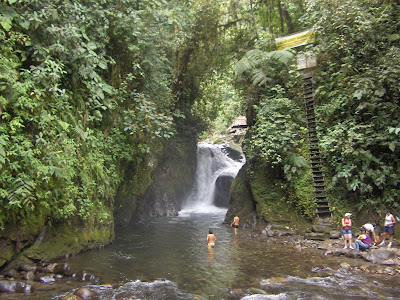 We decided to head back up instead of following the other branches of the trail to the other falls because of time constraints. I just cannot begin to tell you how hard the trip up was for me. I had just started getting a cold. We thought it was allergies at the time. But my sinuses were so congested that I coudnt breathe through my nose. I also have asthma. Going straight up the mountain was an adventure for the flatlanders. Papa was carrying little G remember. He lost his footing and fell once. They both were dirty and scratched up a bit. I remember that being one of the very few times we heard her cry. It was so sad. The steps up the mountain were many times knee level and the trail wasnt more than 3 feet wide in some places. I had to stop and catch my breath so many times. I could tell Marco, Sandra and Papa were pretty worried. I was too. I was having coughing fits which would then cause my nose to run and tickle my throat causing more fits. Then the crying. Yes. I started crying because I was so embarassed. We did make it to the top. Obviously. Sandra had arranged for the taxi: man in pickup truck, to pick us up and we rode back into town to eat lunch at an incredible restaraunt. We were served steaks sizling on a hot rock. It was yum-o. The main reason I wanted to visit Mondo was to go to the butterfly house. I was so sad to be turned away because of the rain. We went on a tour of a coffee plantation and we were able to tour an orchid observatory, in the pouring rain. 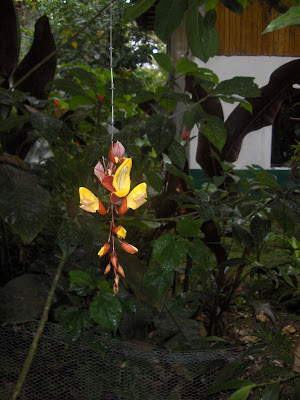 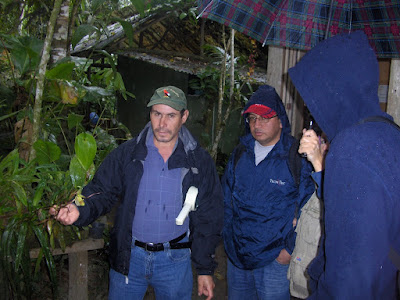 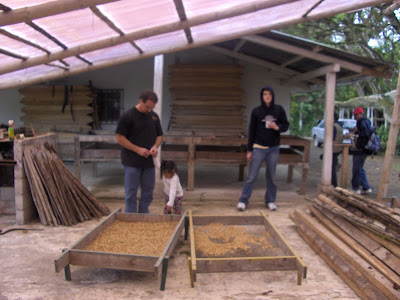 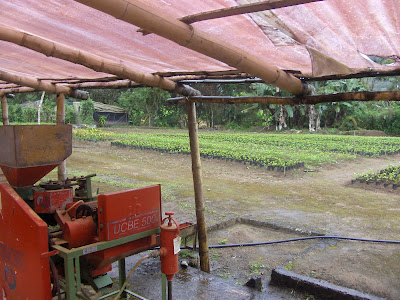 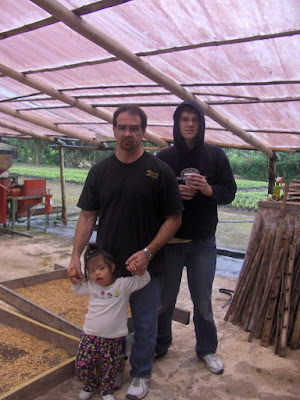 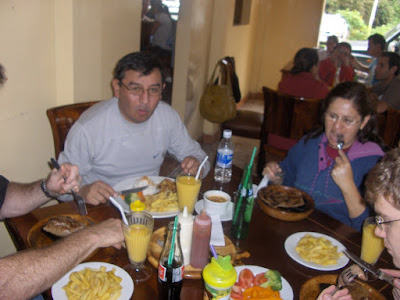 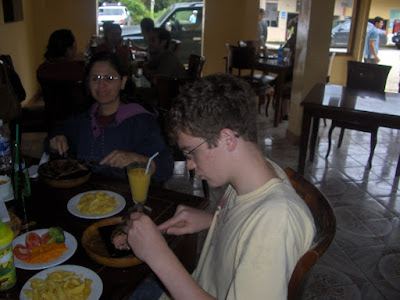 Marco was so thrilled to see all the beautiful Orchids. Then the trip home. We wandered around the streets from the orchid tour back to the main street. Stopped to get helado. Somehow got turned around and ended up at the wrong end of mainstreet and running to the other end of town, soggy and wet to catch the bus. Somehow we ended up with seats apart from each other and Papa, Eric, little G and I were crammed into Ecuadorian sized seats on the very back of the bus next to angry irritated looking tourists for a two hour ride back to Quito. I think they were angry because they thought the place we PAID to ride back wasnt actually a seat and we were hoovering on extra places on their seats?

At least the bus didnt stop

and brother end up sick

with no toilet paper,glad Sandra had thought to bring some,

driving out of the parking lot

as he runs with Marco

and Sandra yelling at the driver......

that was ON THE WAY THERE!

Enjoy your Fourth of July!