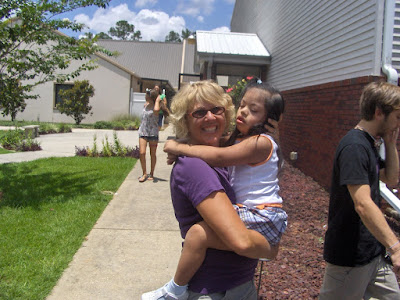 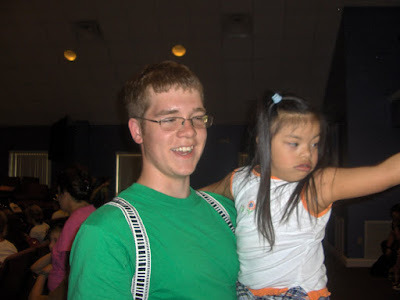 Ive read on several blogs about little ones with Down Syndrome being sensitive to large noisy events, birthday parties, concerts etc. I wanted to share a survey link in case you would like to fill out a short survey and get a free package of earplugs by mail as a thank you. My husband has tubes so the ones for swimming would be nice, they had slim fit ones which might work for little ones, and we keep them on hand for shooting sports, snoring(wink wink), staying in hotels, airplane rides, trips to Ecuador (ha ha!) Well, you get the gist. I just thought of yall and wanted to share.

Had a hard day.
They say hindsight is 20/20
If I had a do over I would
Shower earlier
get E headed out the door loading his camp stuff earlier
so we'd know the bass guitar
and duffel bag
sleeping bag
bass guitar
wont fit in the Jetta
WITH
carseat
stroller
and PEOPLE!
I was wondering what
or WHO
we were going to have to leave at home.....
then stop to purchase shoes
run by the bank for fast cash
literally....
pharmacy had his prescription wrong.
$47 difference
and we were already 15 min late.
sigh.
caused me to be later dropping him off
later to get to the hospital
to get her records from last appt
and barely to appt on time
wait an hour to be called back
HOT
red faced (I do that in the heat)
and hungry.
But G was good......
(a friend had given her a granola bar when we dropped E off.)
she was happy.
that was all that mattered.
Just hoping she wakes up from a short nap in a good mood.
there was confusion about her tests etc so she has another test under anesthesia
then they will decide the next step.Wish it didnt have to be so hard.

Under His wings,
Anna
Posted by Anna at 5:57 PM