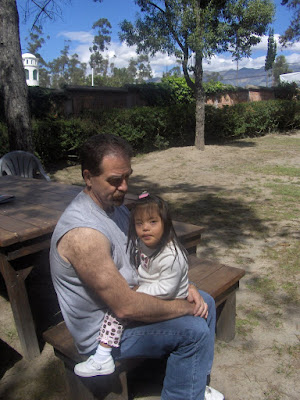 This photo was taken Friday the 25th at the Orphanage. The tias had found little Gs clothes so we went back to pick them up. It was such confusion. I ended up donating them plus much of what we took when we went home. If we were to go again I would know that We could have two check in bags that weighed 50 lbs plus our carry on and the stroller wouldnt count. But at the time I was misinformed and we only brought one carry on and one check in per person, G's being my carry on..... the orphanage director said she would have the clothing that we had recently sent so I took that into account and left some of what I had planned on taking. We had gone shopping and bought panties, We were told she wasnt potty trained and was just going to use pull ups the whole time, bought some leggings to keep legs warm under dresses, the economy is so different there tho. We just made do with what we brought and we were fine. I was so relieved that the Orphanage director was so patient and understanding. 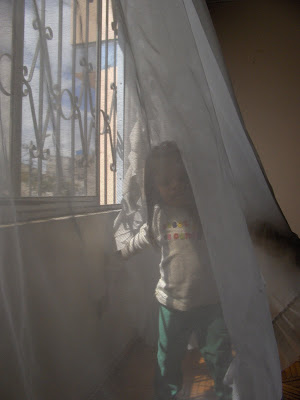 Early morning playtime with Pamela. They had such a good time in the curtains. 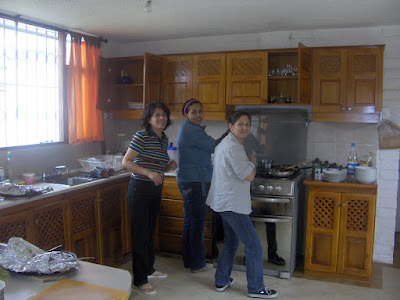 Ladies in the kitchen,(left to right) Suzie, Nathalie, Sandra. 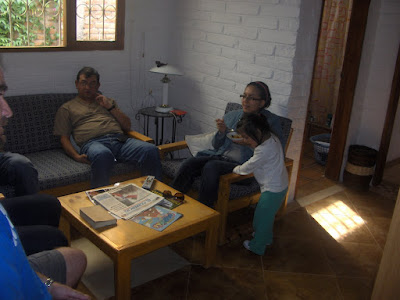 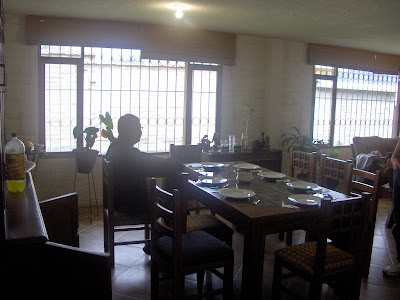 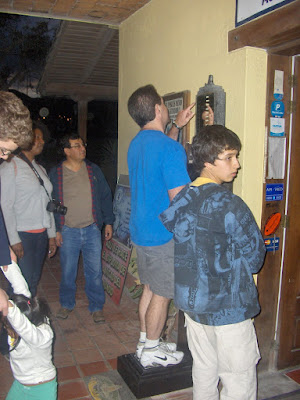 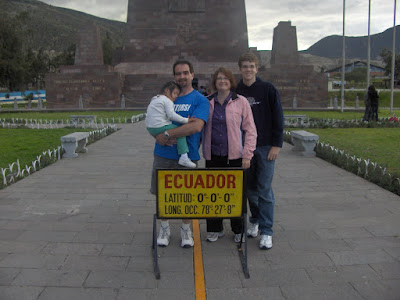 A house divided, us on separate sides of the Equator. (typical tourist photo!) 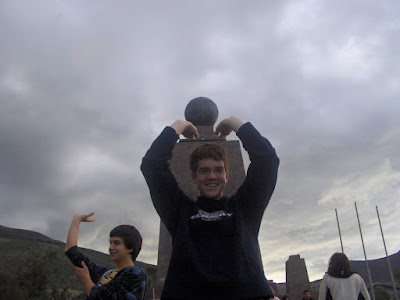 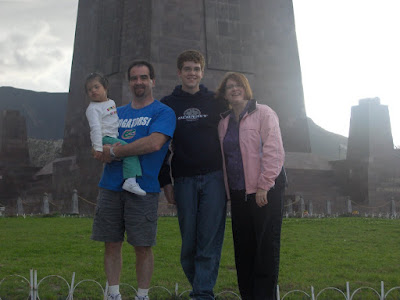 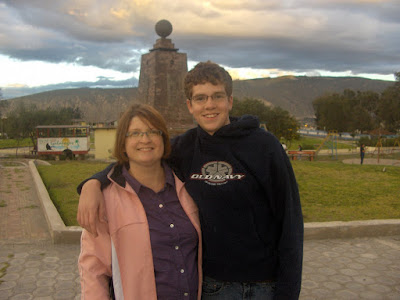 These photos were taken at the Equator.
We went to Suzi and her husbands house.
They have a beautiful daughter Nathalie that has actually spent time in the US. After an incredible lunch they sang music together, laughed and watched the soccer game. Remember the World Cup? ha ha! I still play the theme song off Youtube for little G.
Posted by Anna at 9:48 AM